Composition of light, rhythm of time. 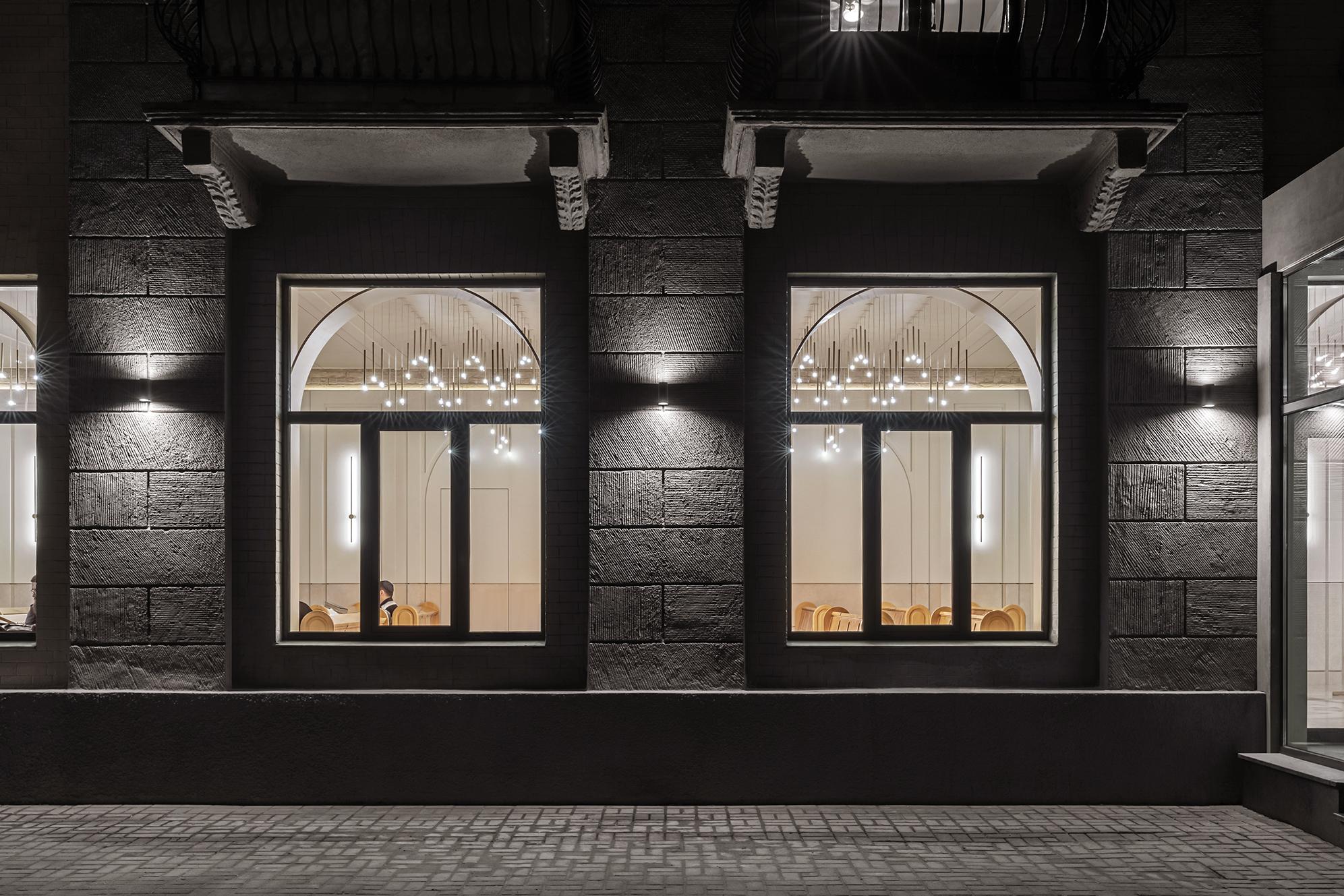 The object is located in the historical part of Kyiv – on Podil. This obligated us as architects to pay due attention not only to the functional purpose of the object itself, observing all the canons and traditions, but also to take into account the importance of historical buildings.

When we started the process of dismantling the old building structures, we found an old beautiful brick behind the drywall walls. Despite the fact that the project had already been completed and agreed upon, we decided together with the customer to leave the old brickwork. We restored every brick, it was a very difficult job, but the result was not long in coming. 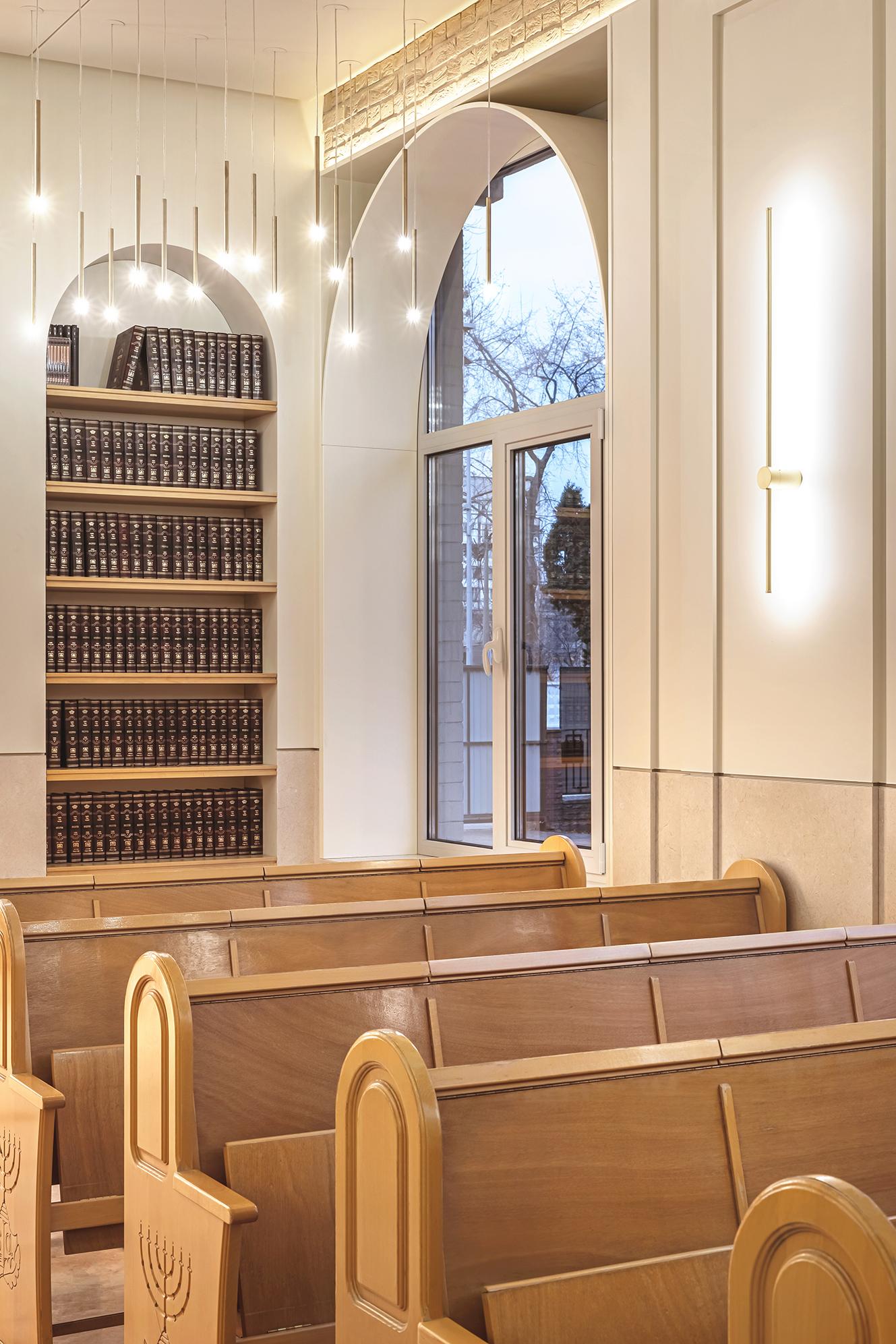 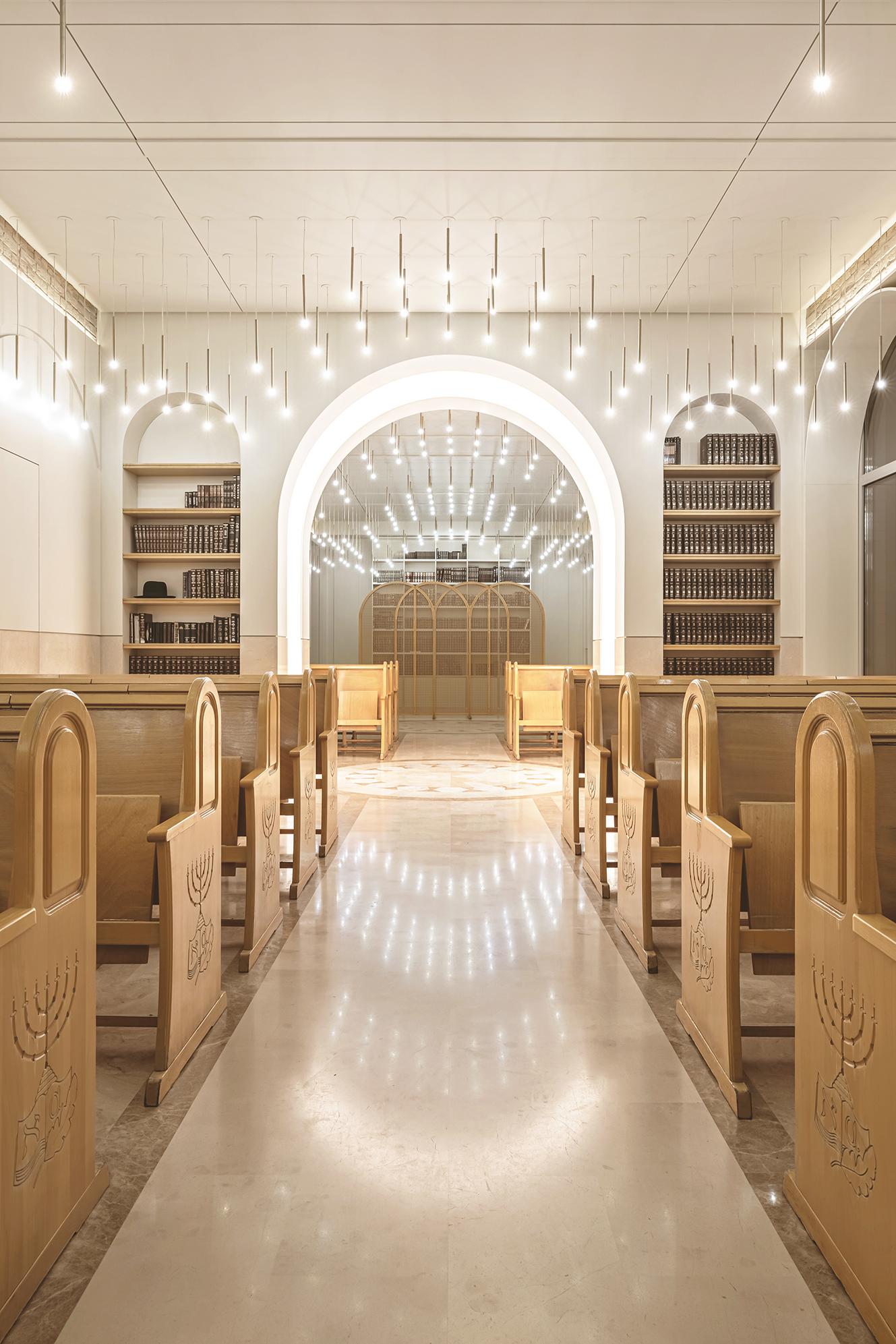 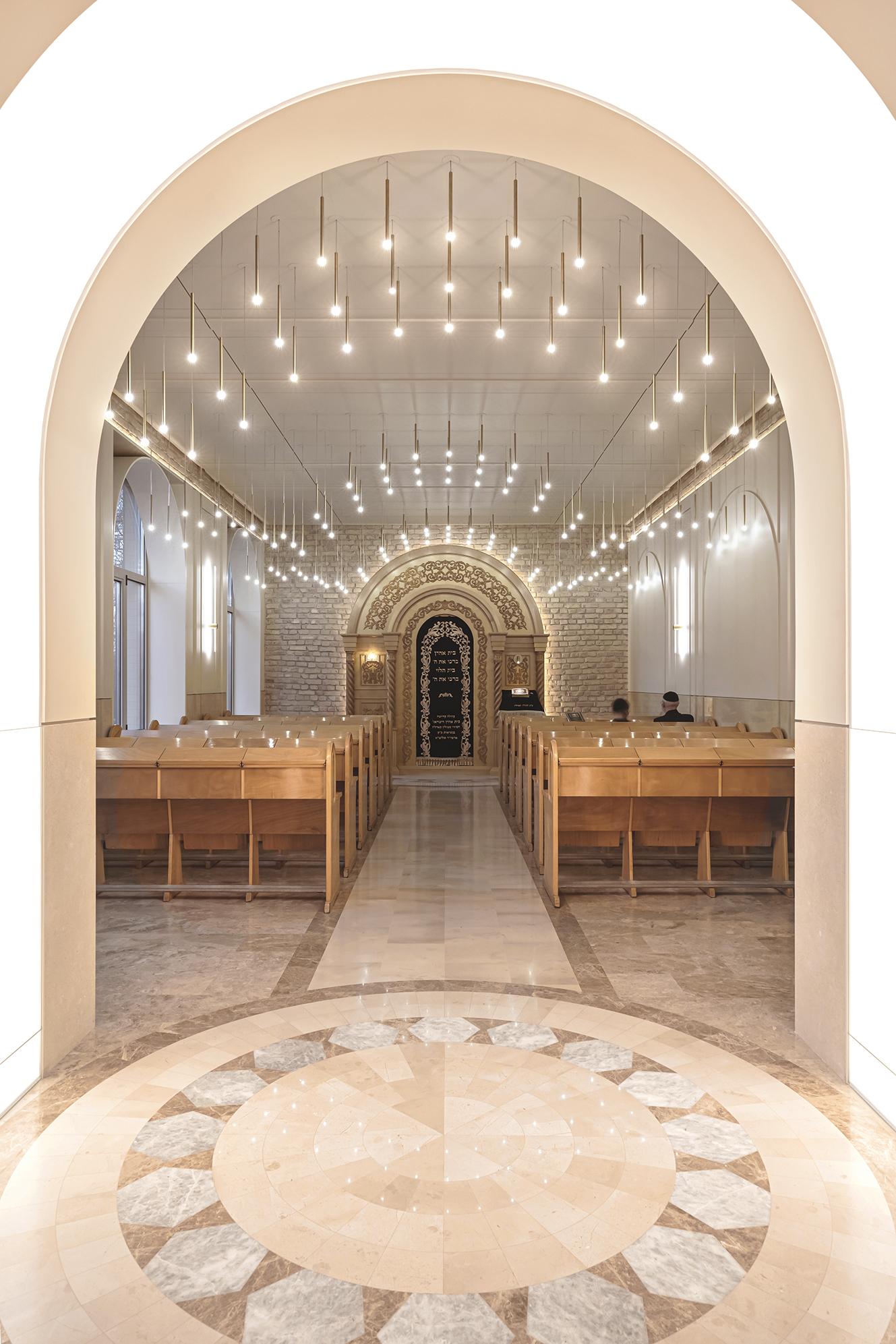 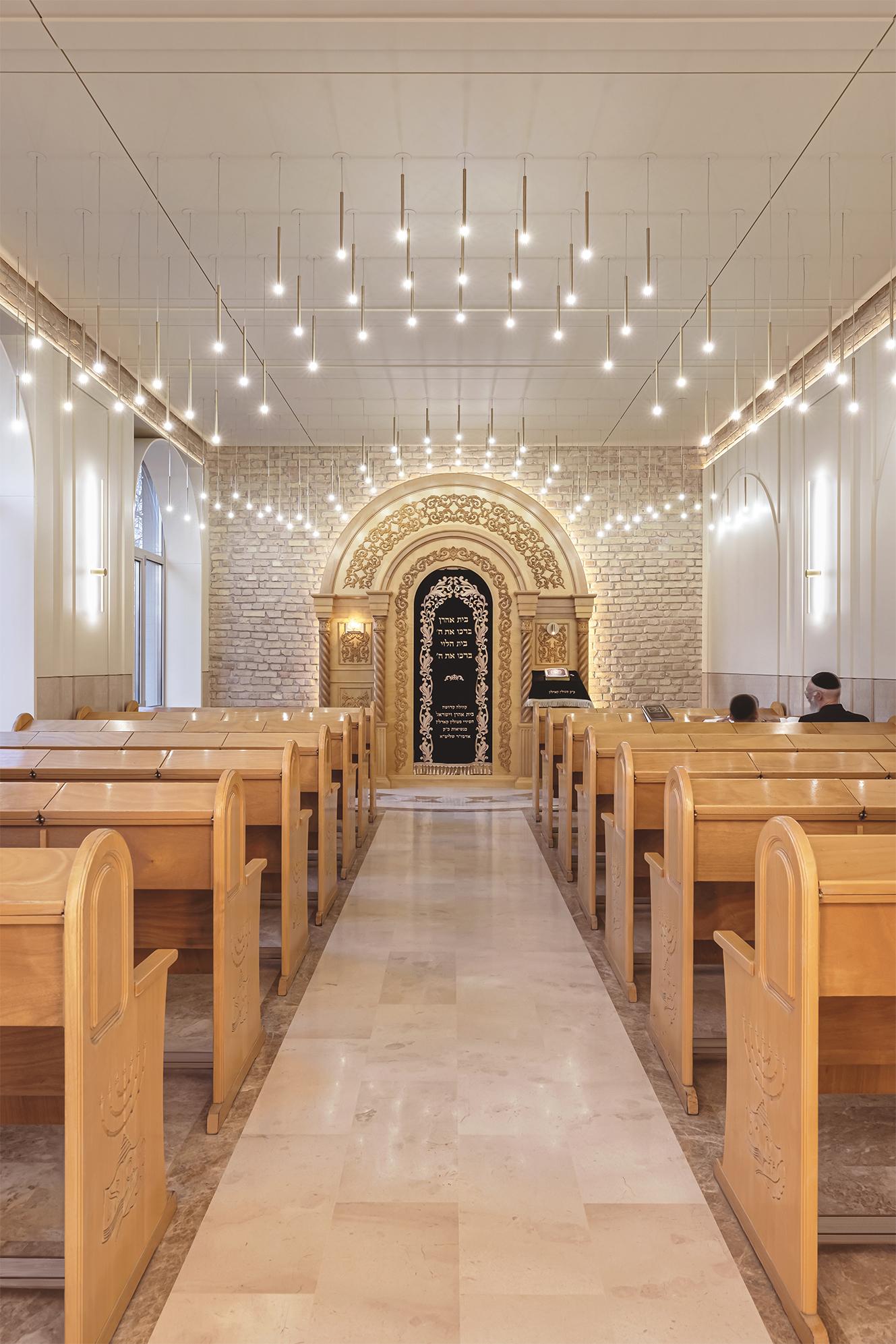 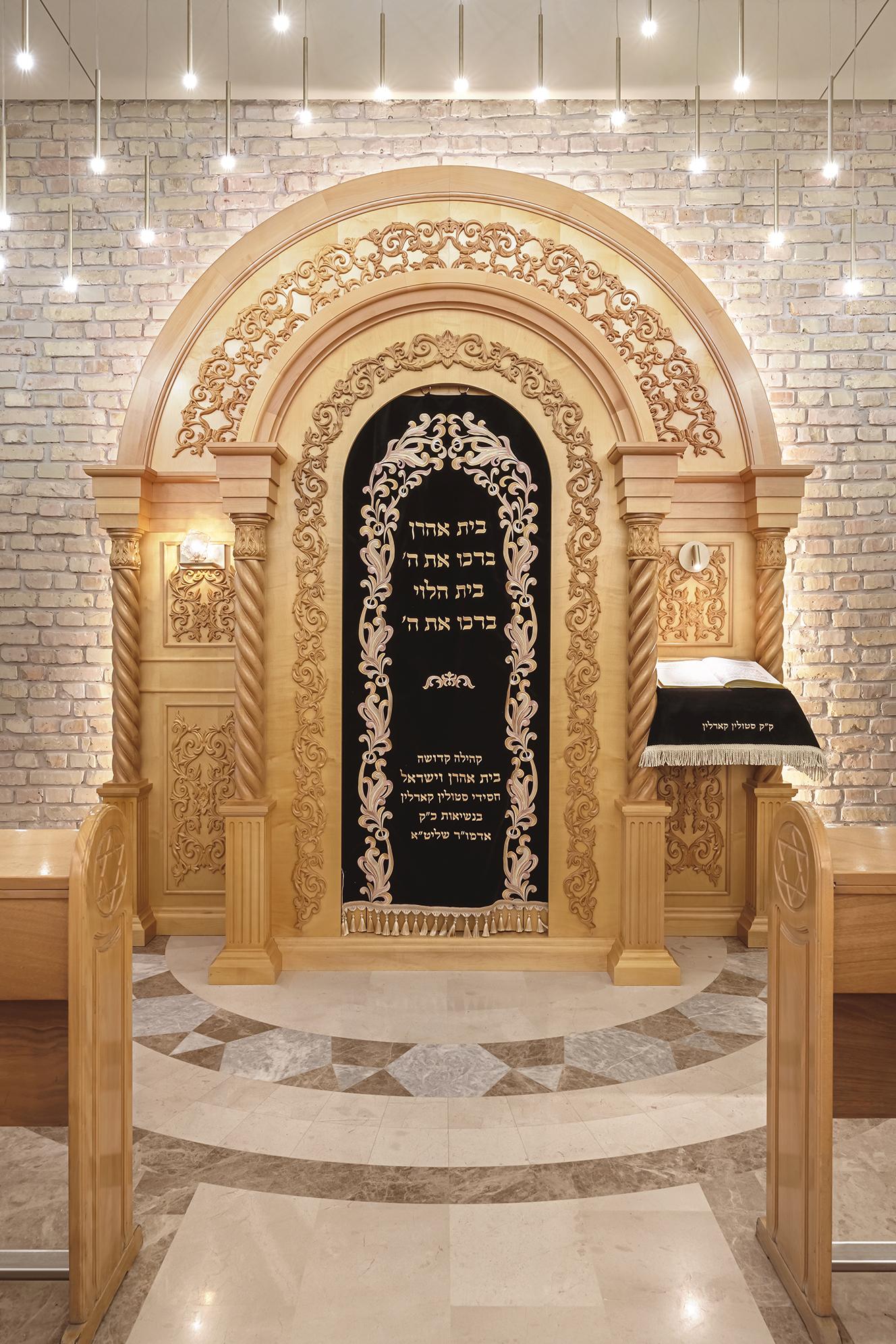 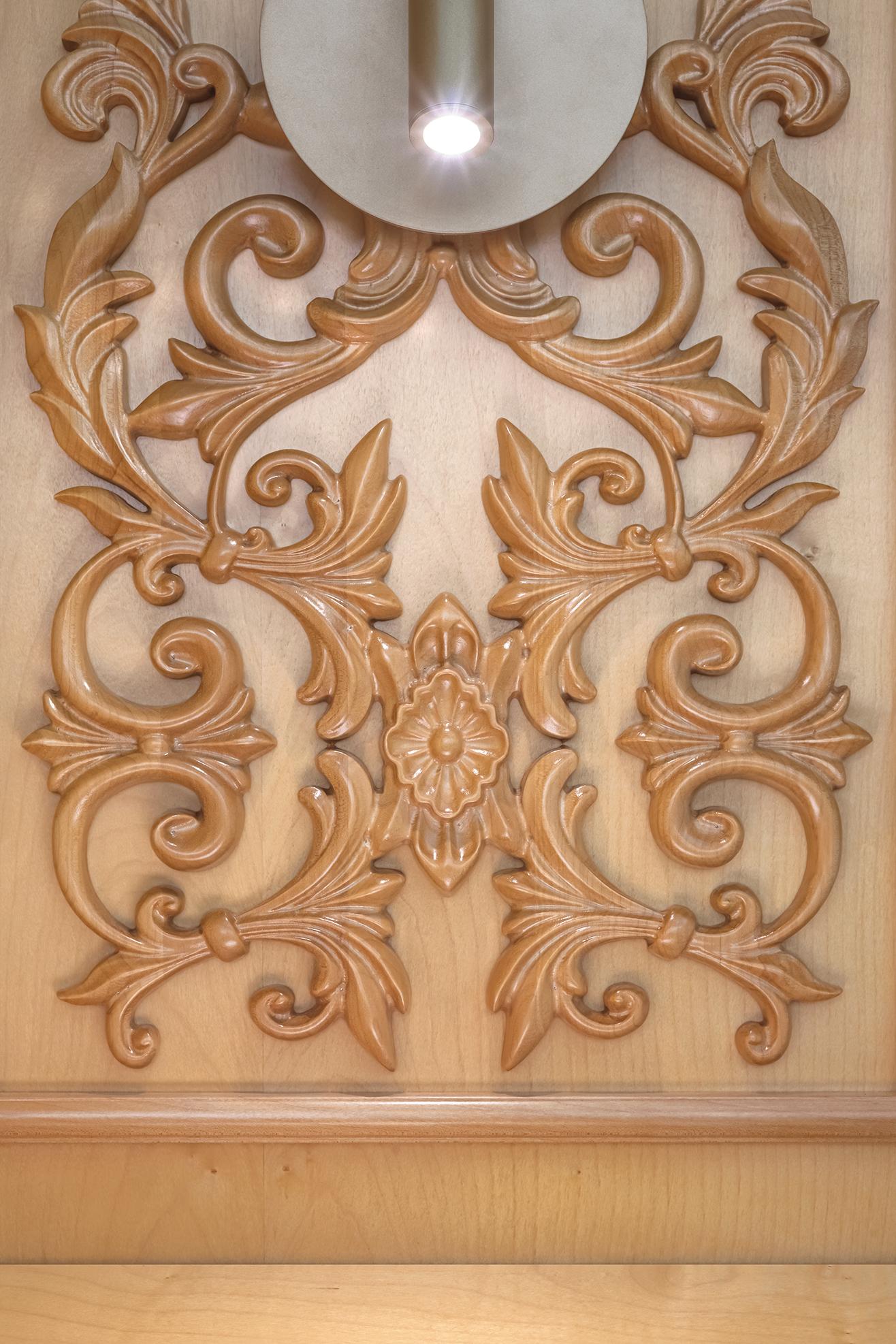 We drew floor drawings on our own – including “anchor” rosettes in buffer points, which serve not only as decoration, but also as a kind of navigation. 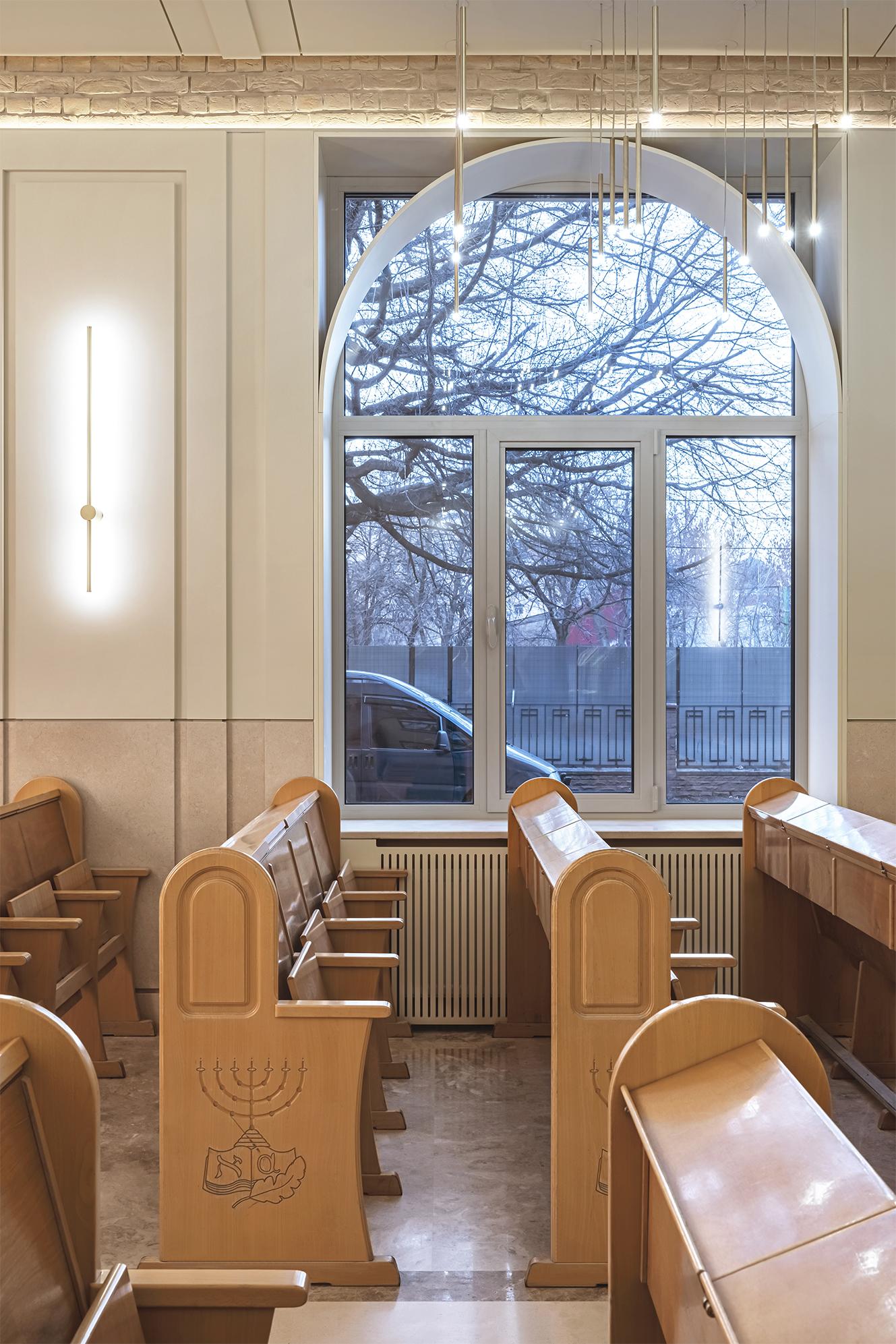 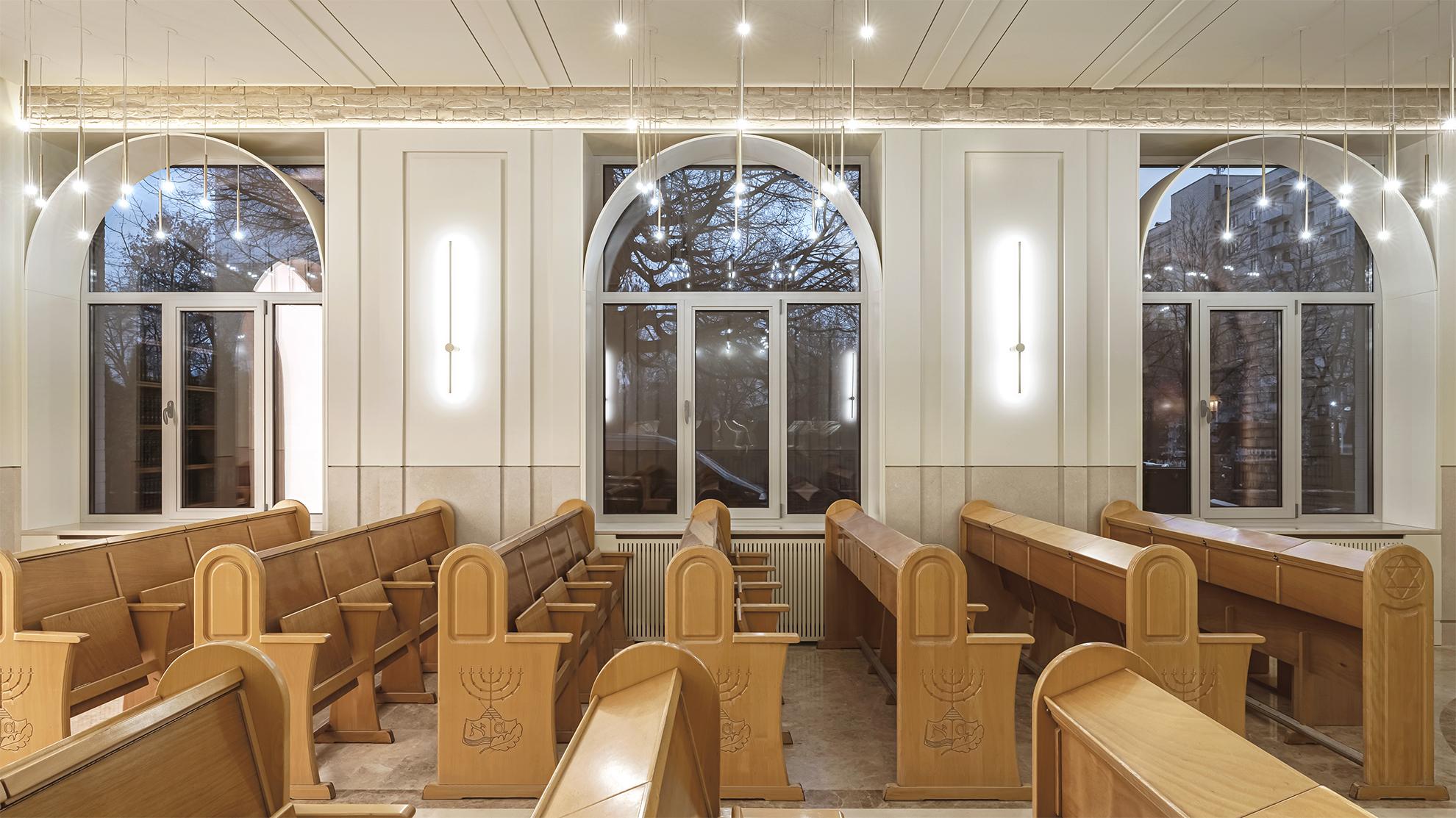 Some decisions were dictated to us by the location itself: in the original project there was no brickwork, but we found it by dismantling the old finish. We cleaned out every seam and polished every centimeter of the “native” wall at the end of the hall, which eventually housed the aron a-kodesh – the so-called synagogue ark, in which the Torah scrolls are stored. We managed to achieve a symbolic combination of visual and zonal solutions: a place endowed with special holiness in synagogues and containing the wisdom of the Pentateuch of Moses is located in that part of the room that exposes textured old brick and seems to pay tribute to the walls themselves. 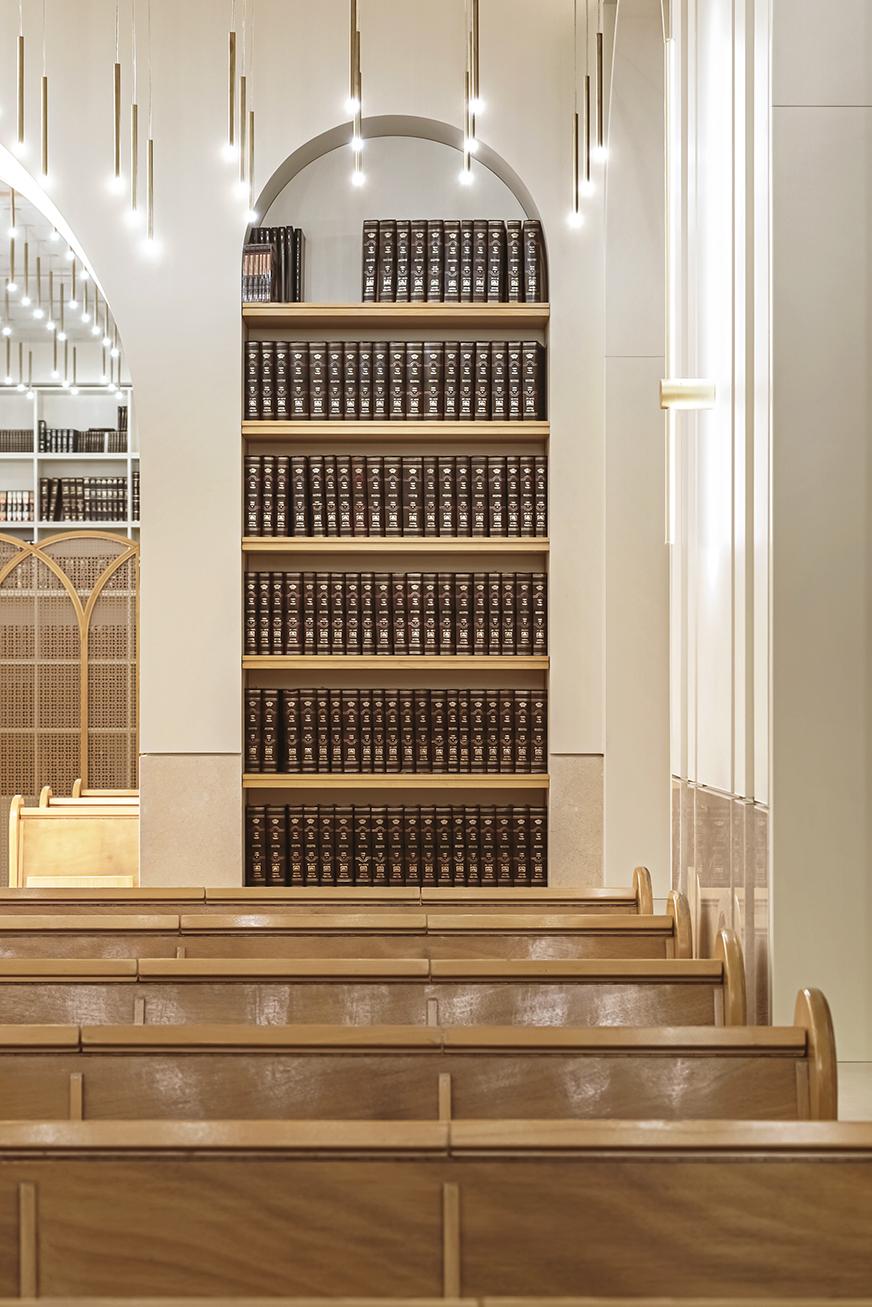 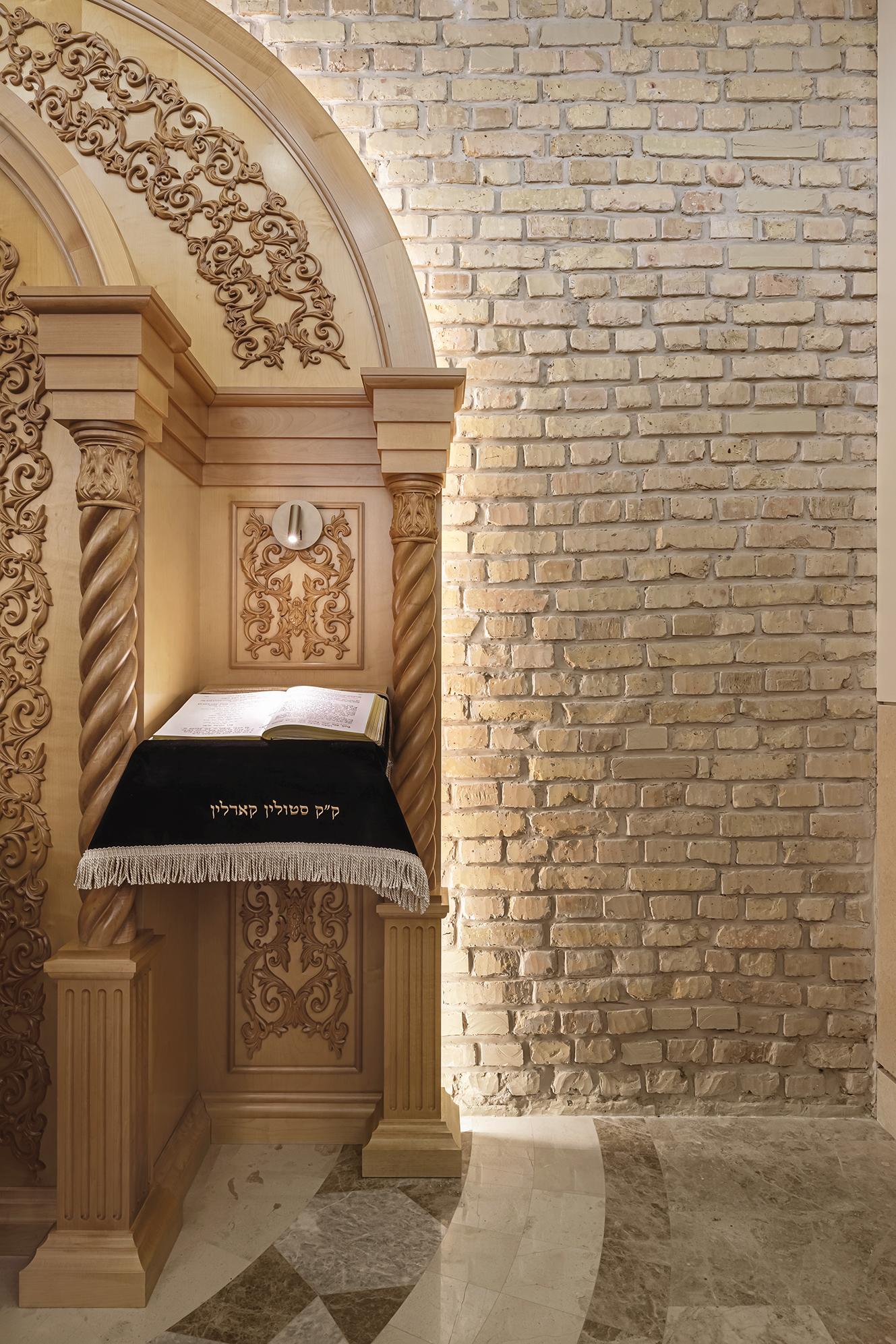 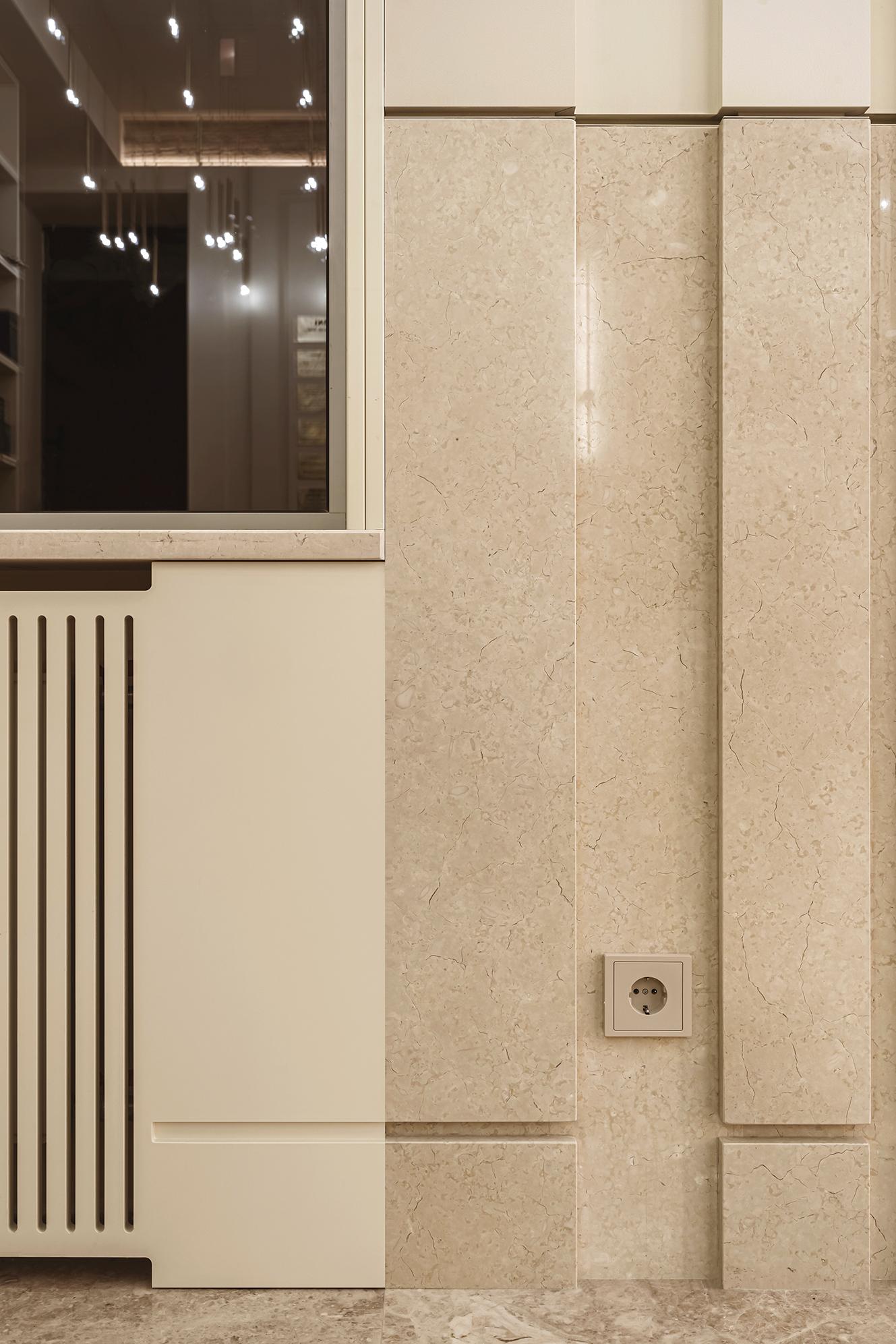 We used marble for wall cladding. Every detail has been drawn by our team. 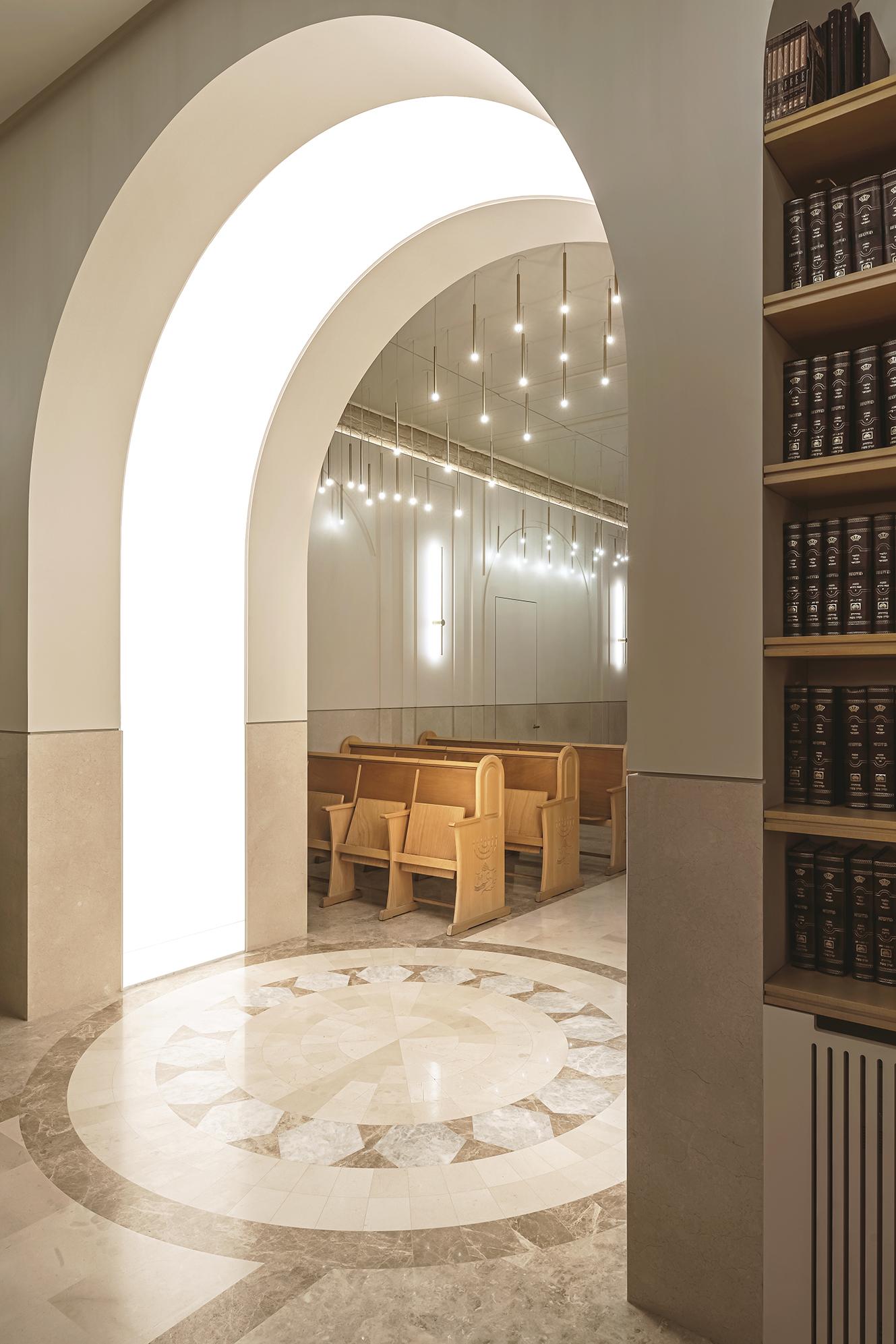 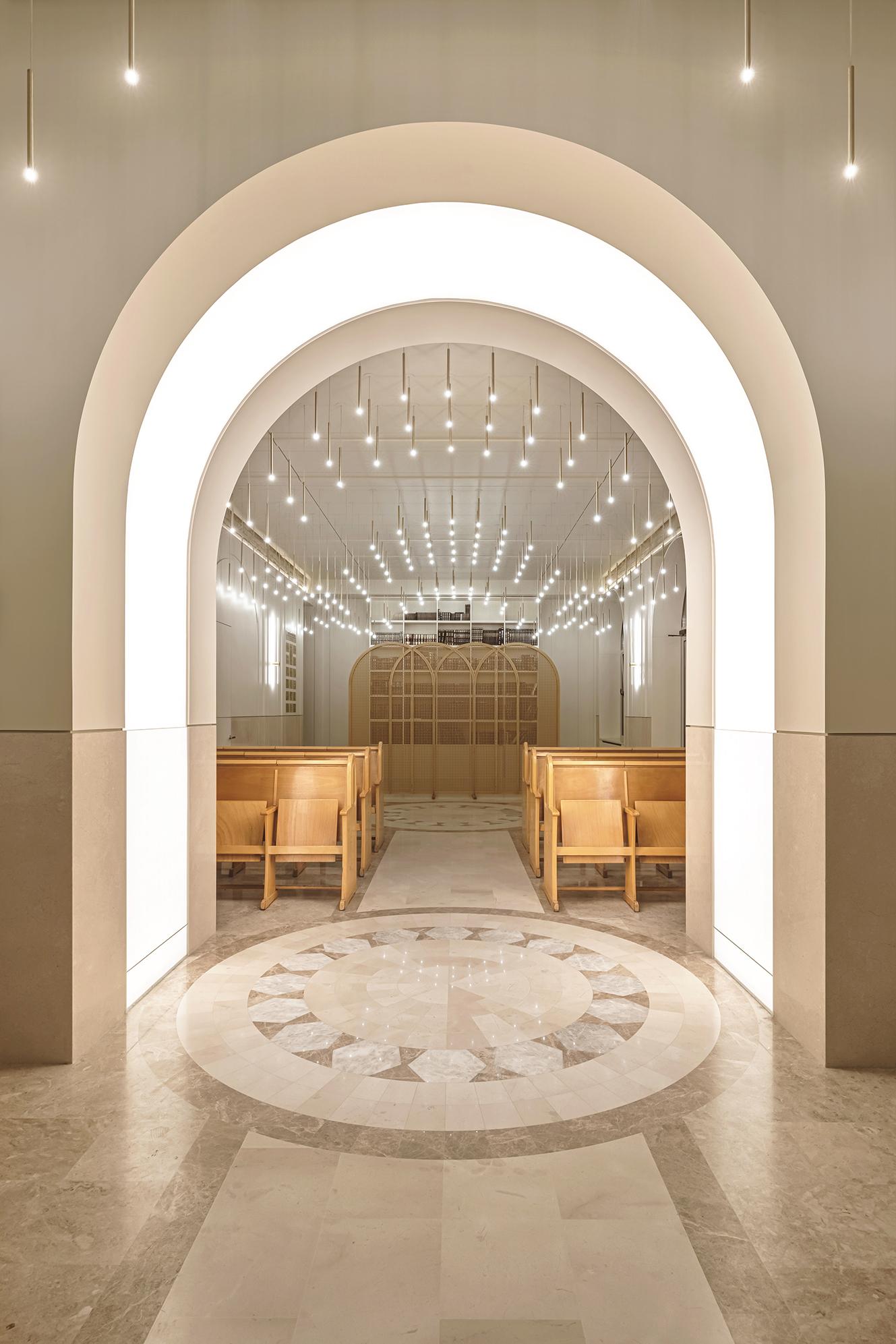 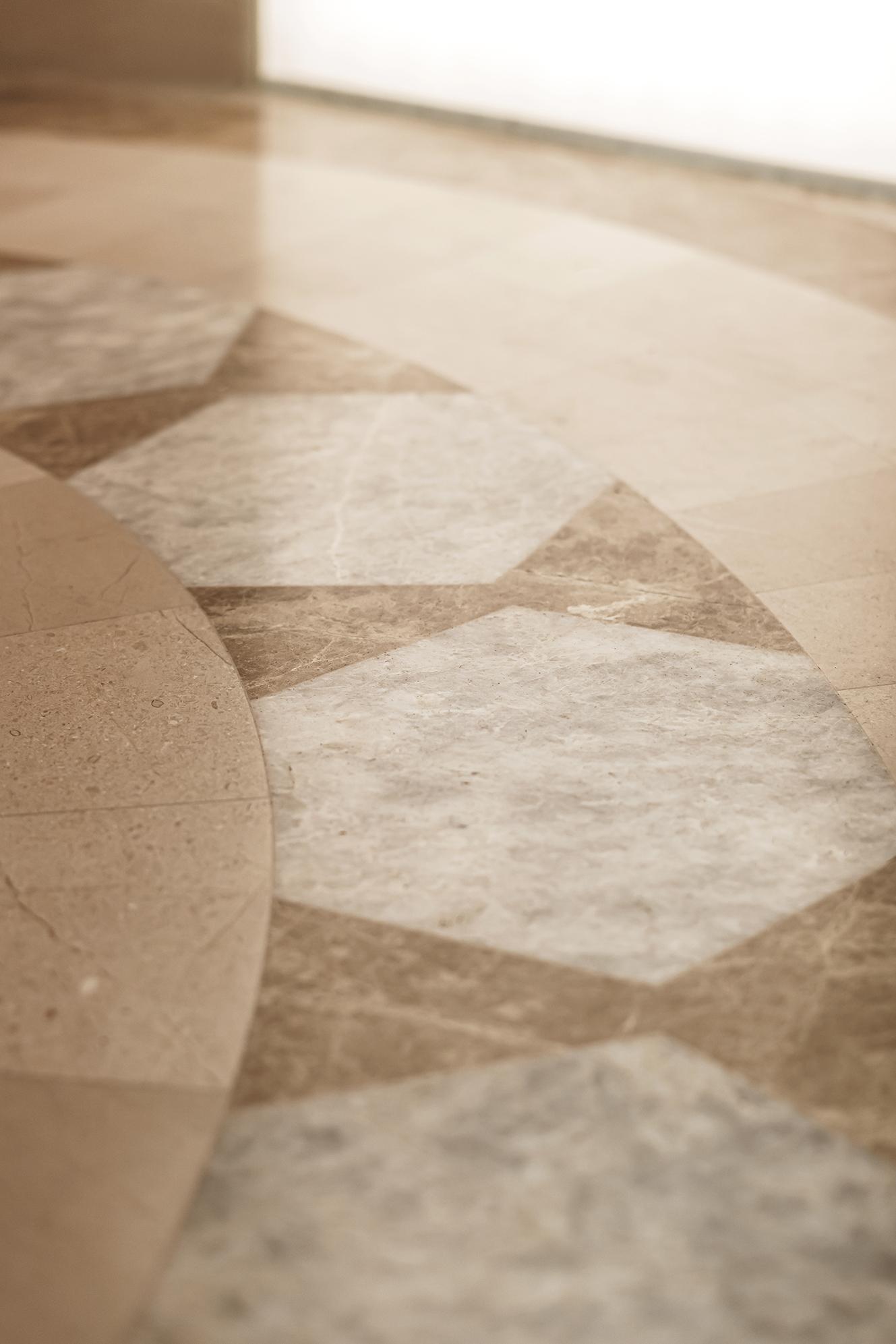 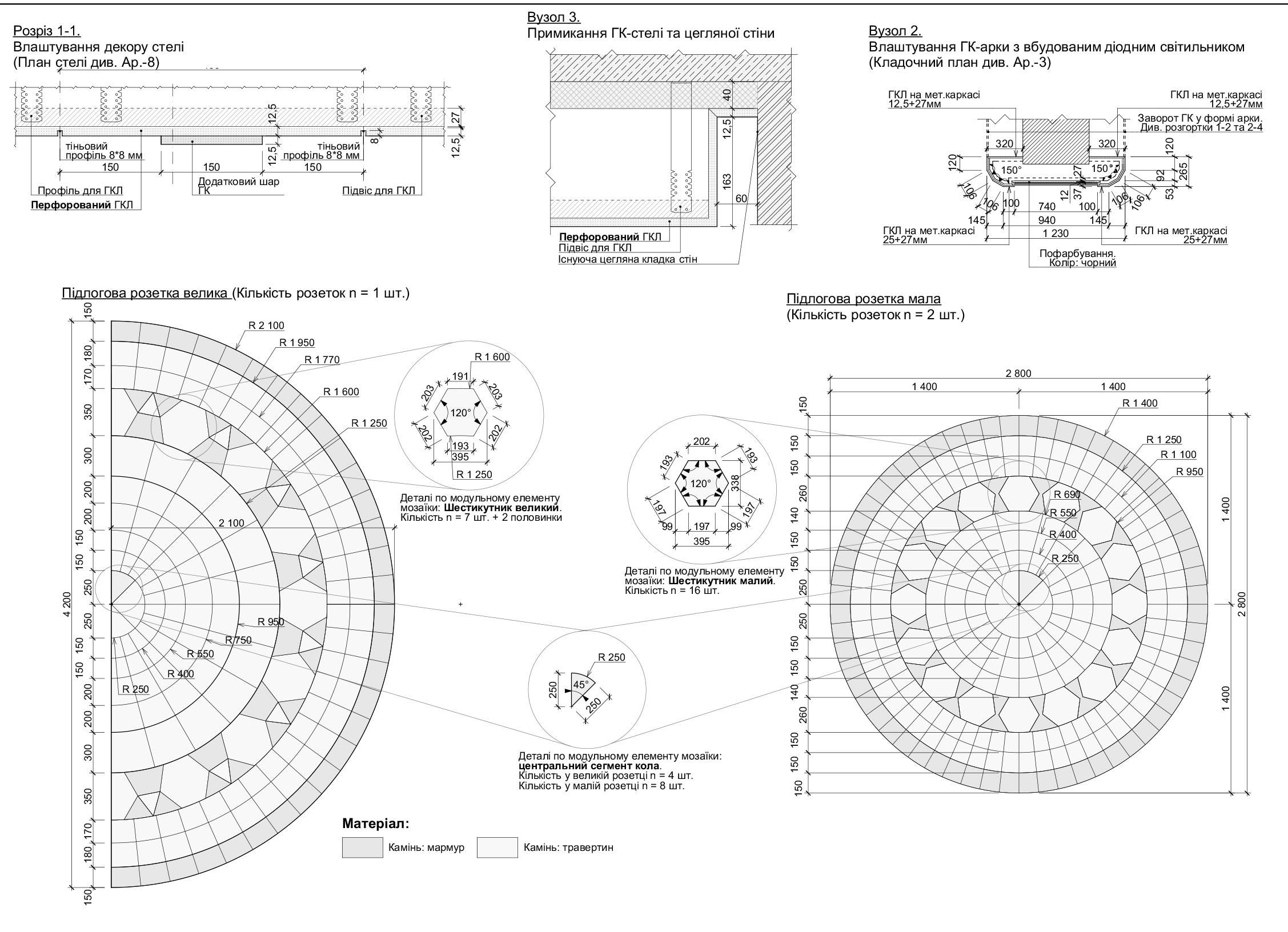 The arches have become a meaningful visual device for the project. The arched structures on the windows and in the aron Hakodesh already described not only subordinate the entire design project to a common denominator, but also endow the synagogue with a special character and influence the perception of the proportions of the room. Lighting plays an equally important role: especially for this project, we developed 380 unique ceiling lamps, and the central arch has a spectacular light end – a bima is installed in this place, where people pray. Light has become an accentuation tool in the architectural scenario of the synagogue, creating the atmosphere of comfort and emotional connection necessary for such places. 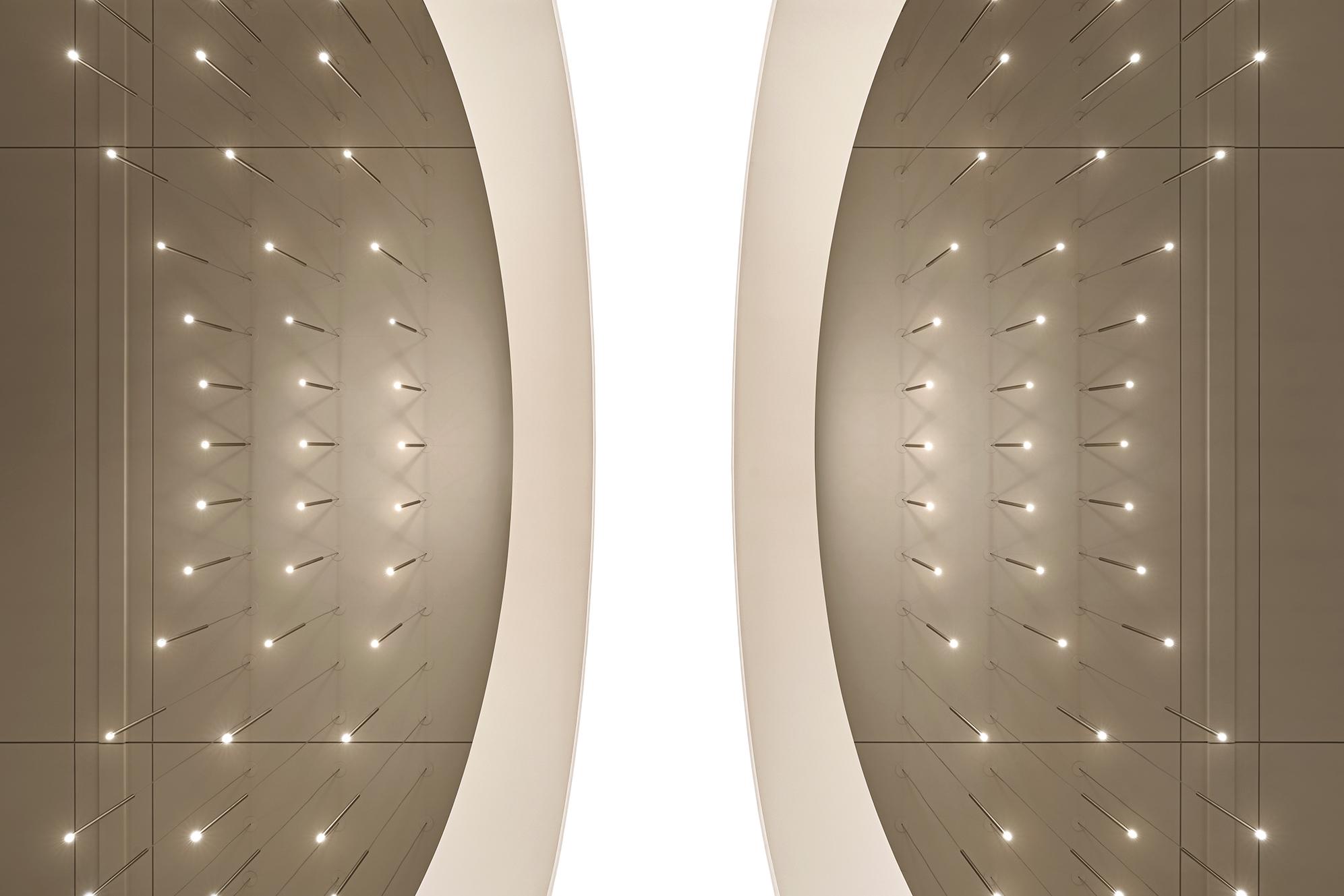 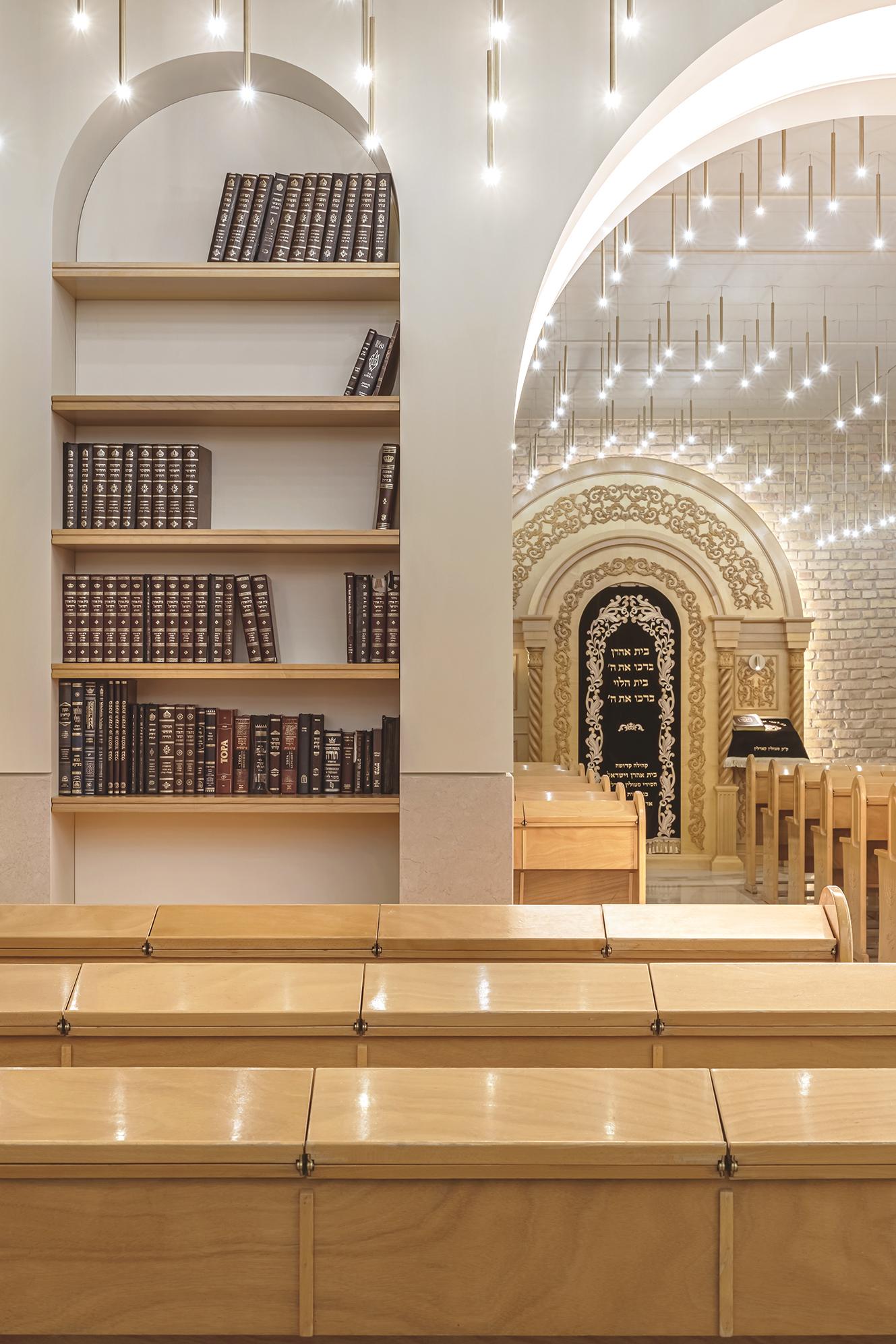 ZONING
We had to work with a space that obviously had a number of rules and restrictions in content. One of the tasks that was set for our team was the zoning of the premises into the male part and the female part. But it was necessary to provide something mobile and easily removed. We suggested to the client to develop independently a screen that could fulfill this task. 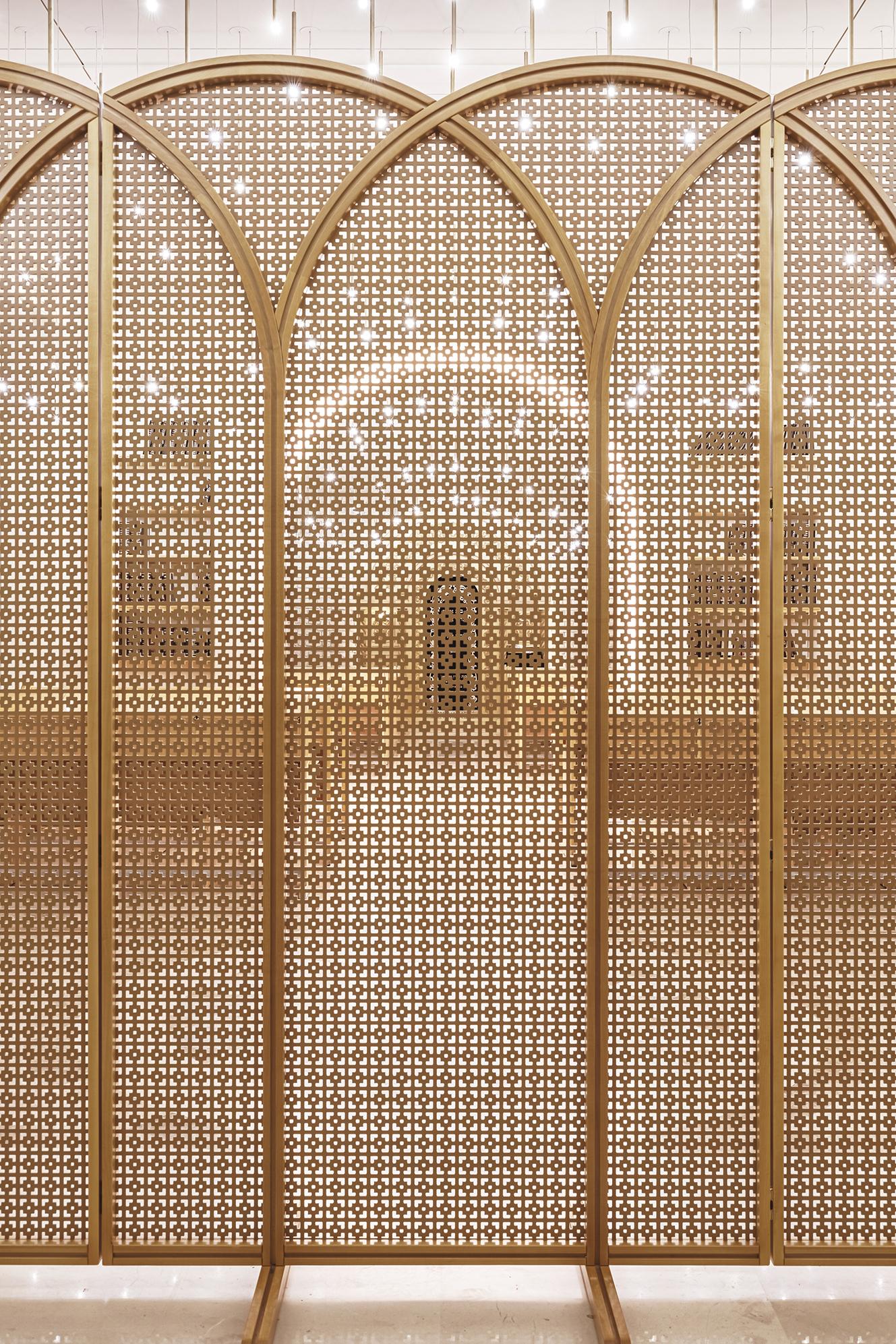 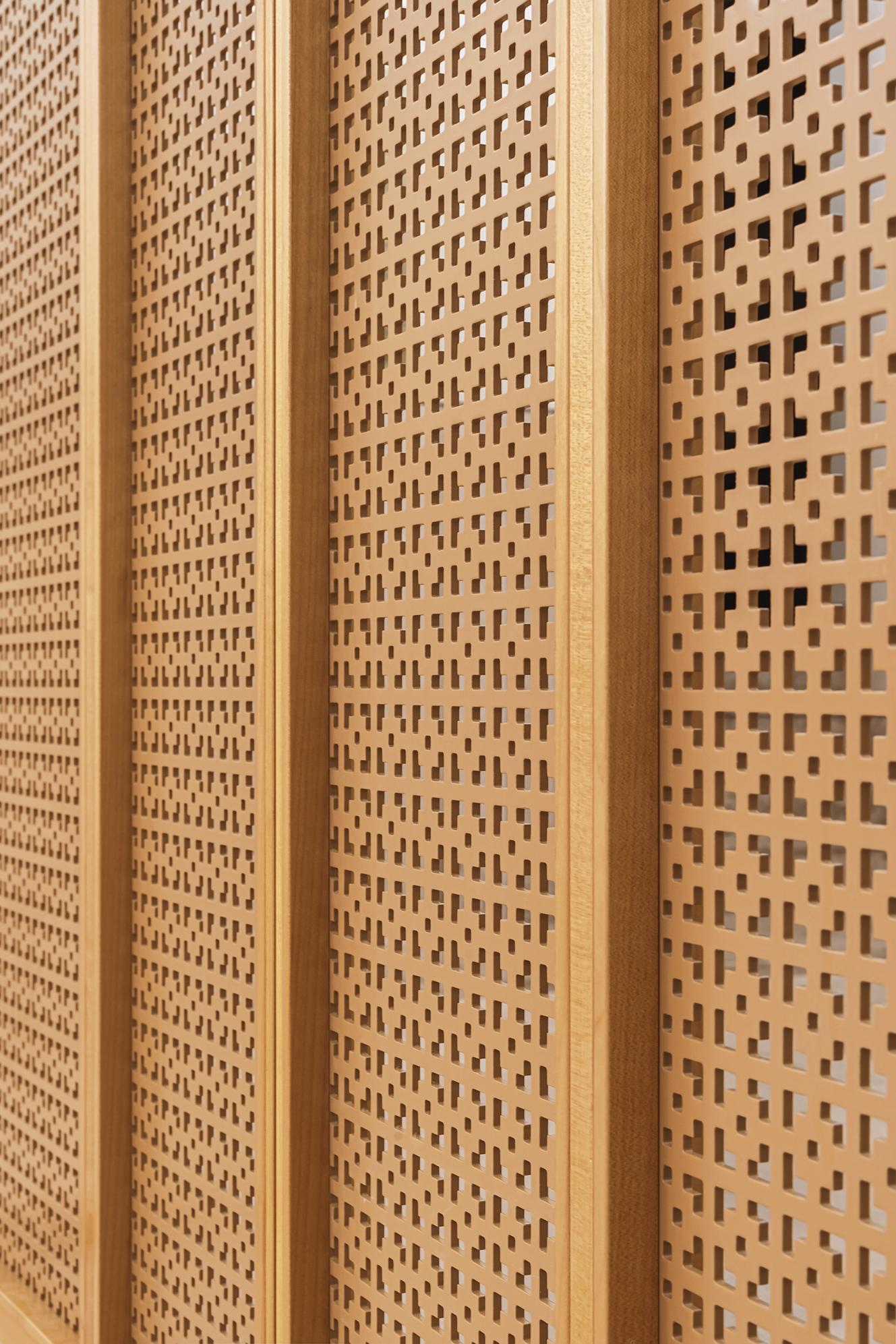 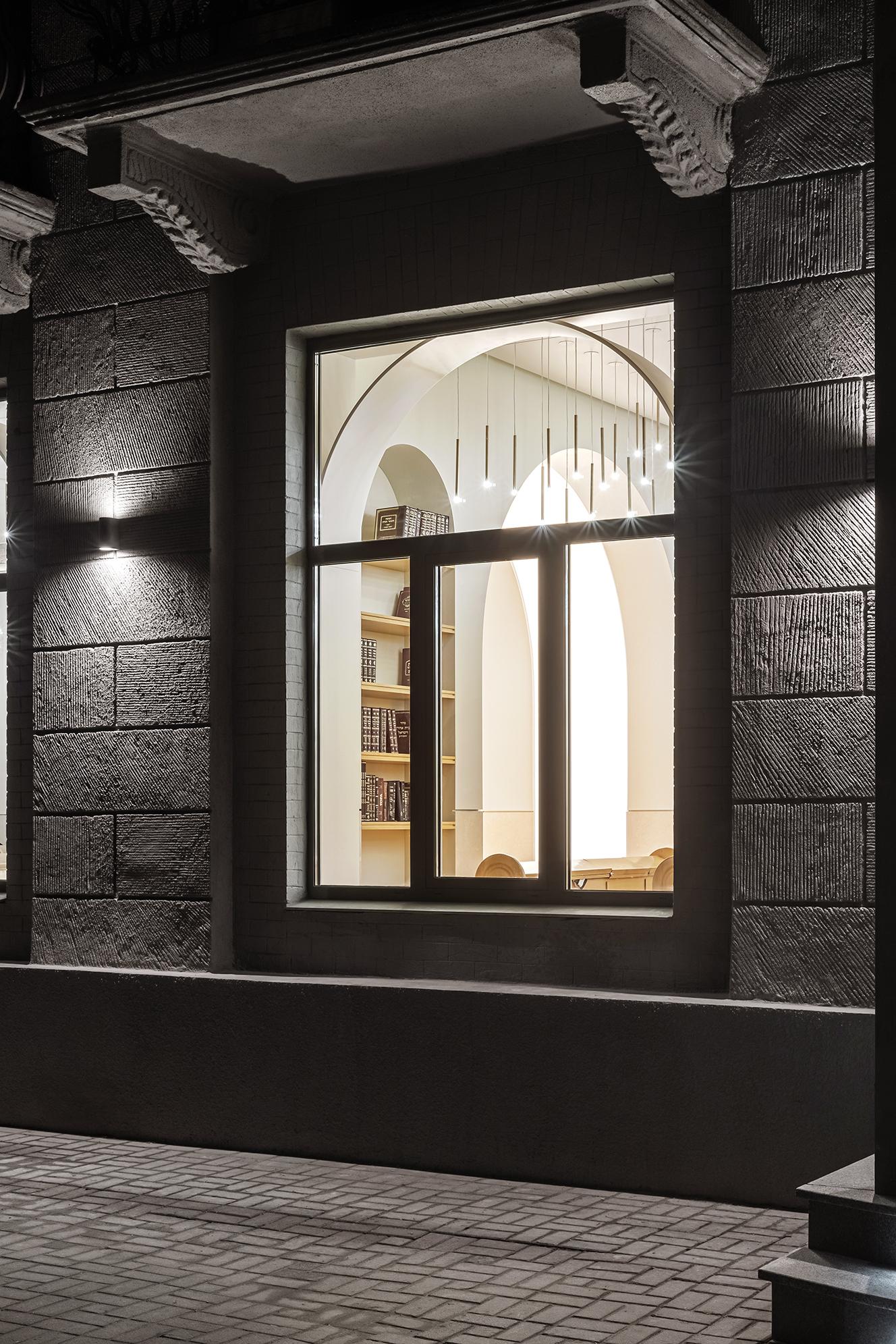