Corridor space in M1: another point of view

The design project for one of the main corridors of the M1 office became an opportunity for our team to “speak” this idea in the language of visual techniques.

Contrary to popular belief, buffer or so-called walk-through zones in commercial organizations play an important role. The design project for one of the main corridors of the M1 office became an opportunity for our team to “speak” this idea in the language of visual techniques. 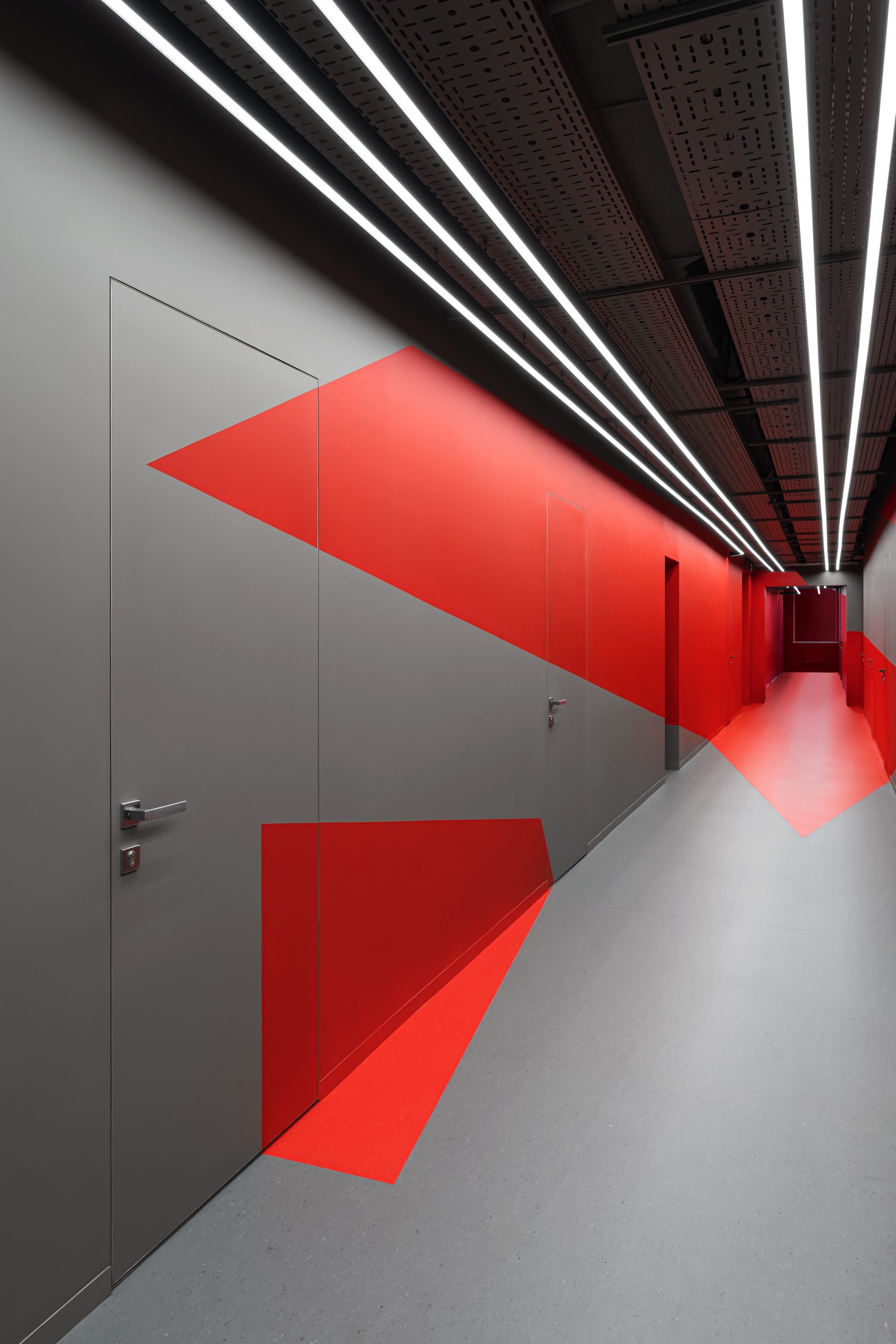 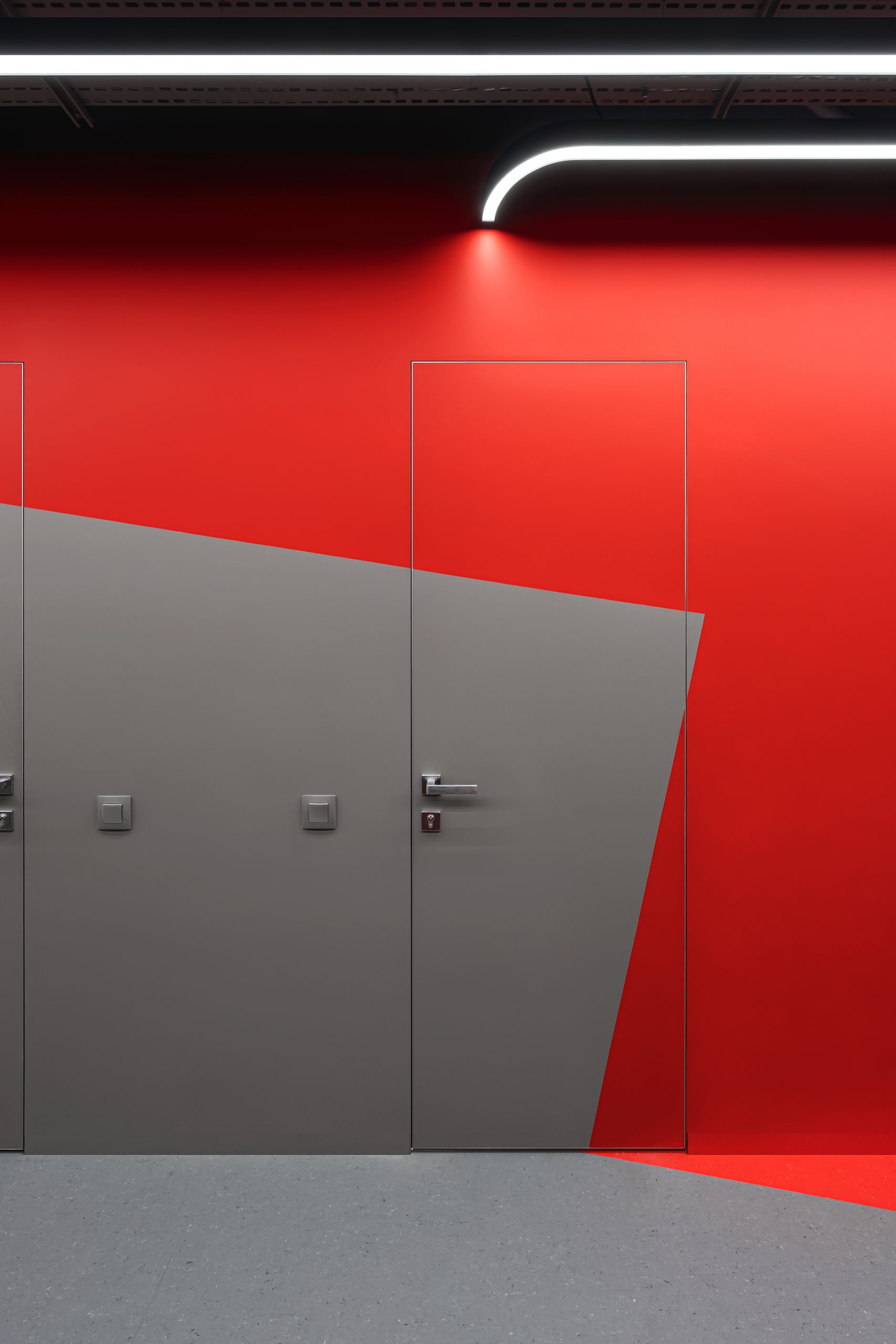 The corridor with which we worked has a significant transit role. Not only channel employees, but also many stars pass through it. Before we got to work, this space looked narrow, lifeless, and as bare as the word can be applied to the walls of office corridors. Our task was to make the passage area of ​​a large office not only stylish, but also eloquent. 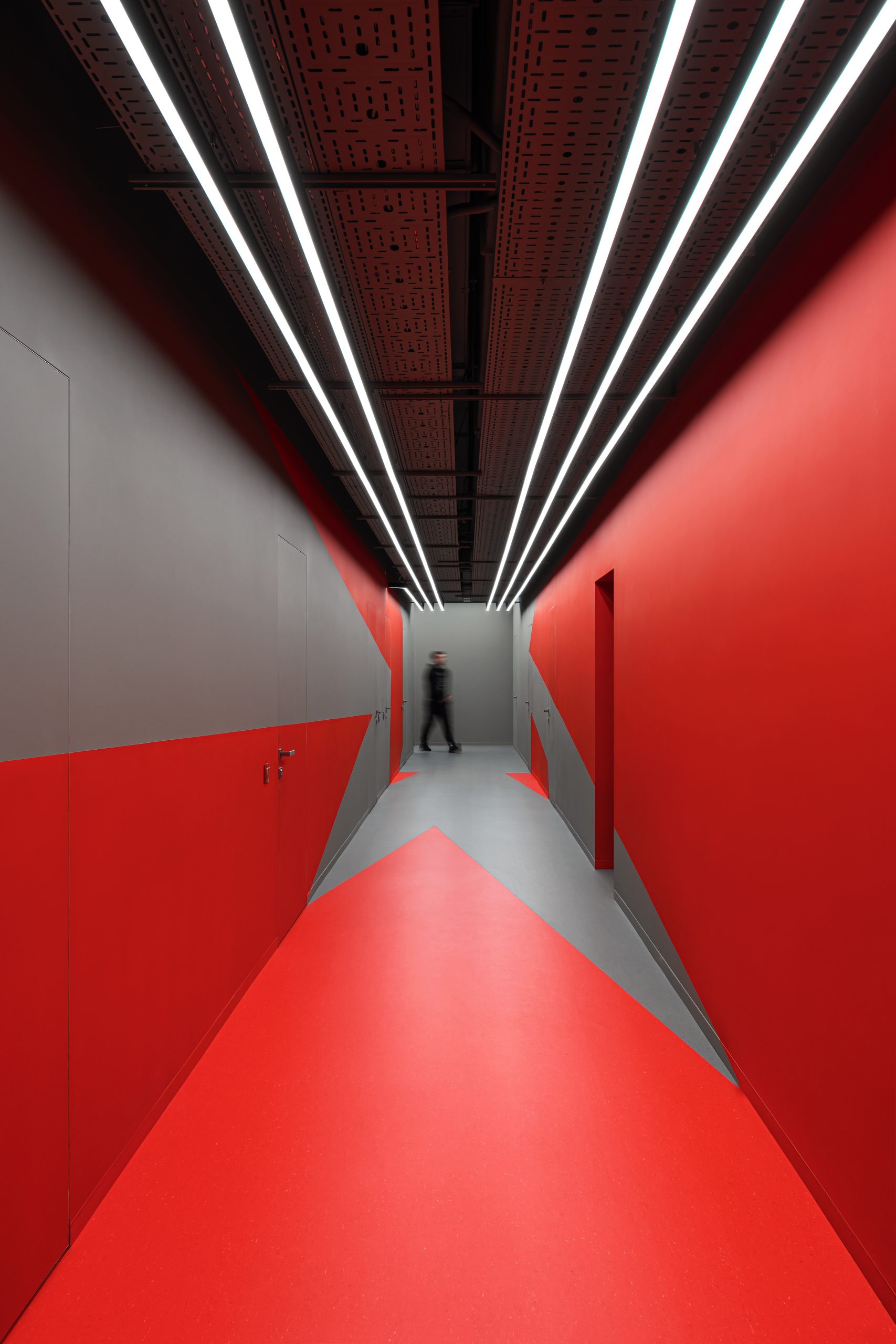 We did not come to the final design concept right away – however, the best solution lay on the surface. It would seem that when dealing with commercial space branding, simply painting a logo on the wall is too predictable. But that’s exactly what we did – with the only difference that in addition to the corporate identity of M1, we also used the perspective and proportions of the room itself. 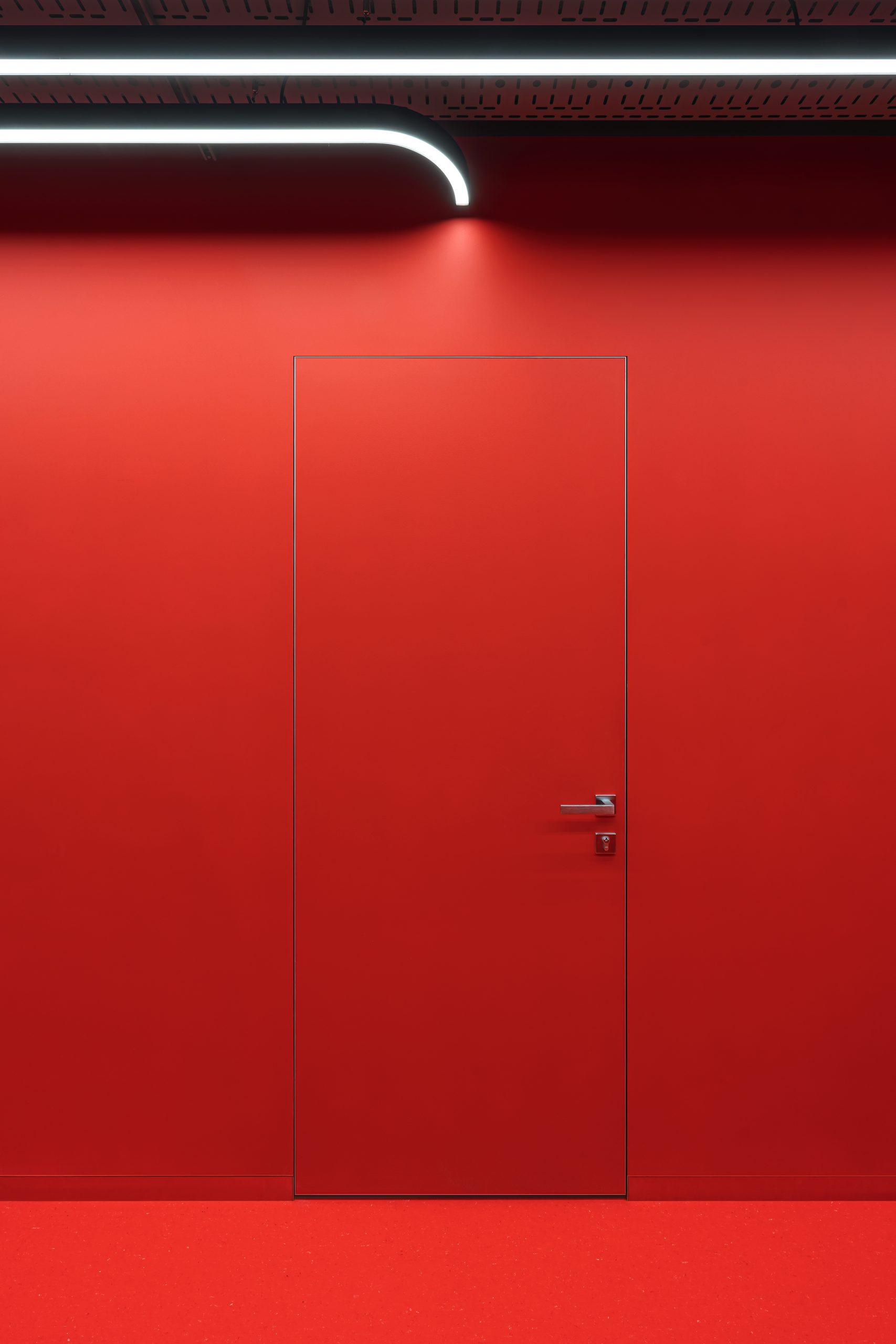 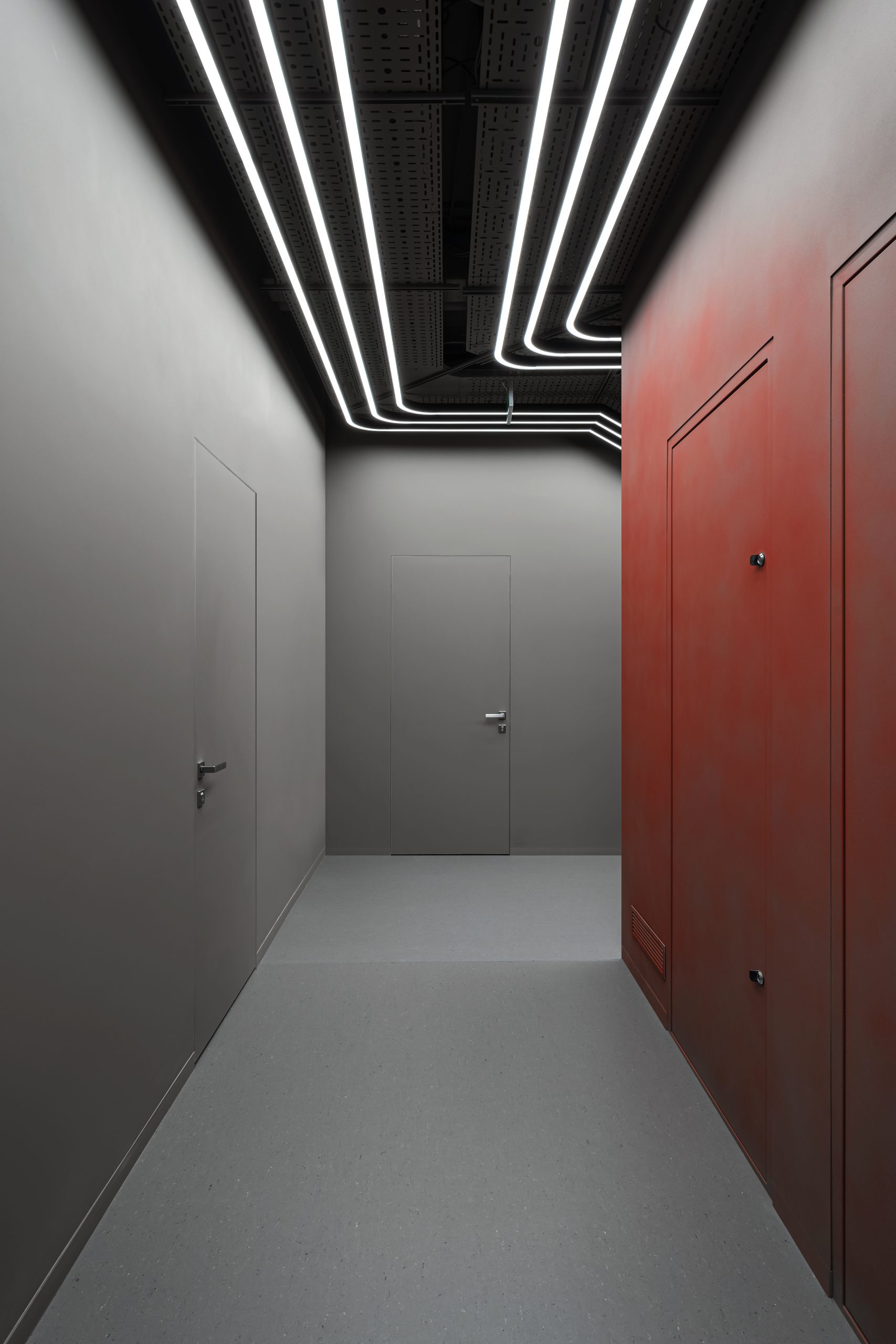 Standing at the very beginning of the corridor, you can see the channel logo, as if superimposed on the room with a two-dimensional picture. The same logo breaks as the viewer moves to abstract geometric spots in M1’s signature shades of red and graphite. Such an optical technique, so uncomplicated at first glance, allowed us to refresh the utilitarian, once “silent” space, which can now work not only as an ordinary corridor, but also as an M1 business card – just look at it from a different angle.

PHOTO OF THE CORRIDOR TO THE WORK OF OUR STUDIO: